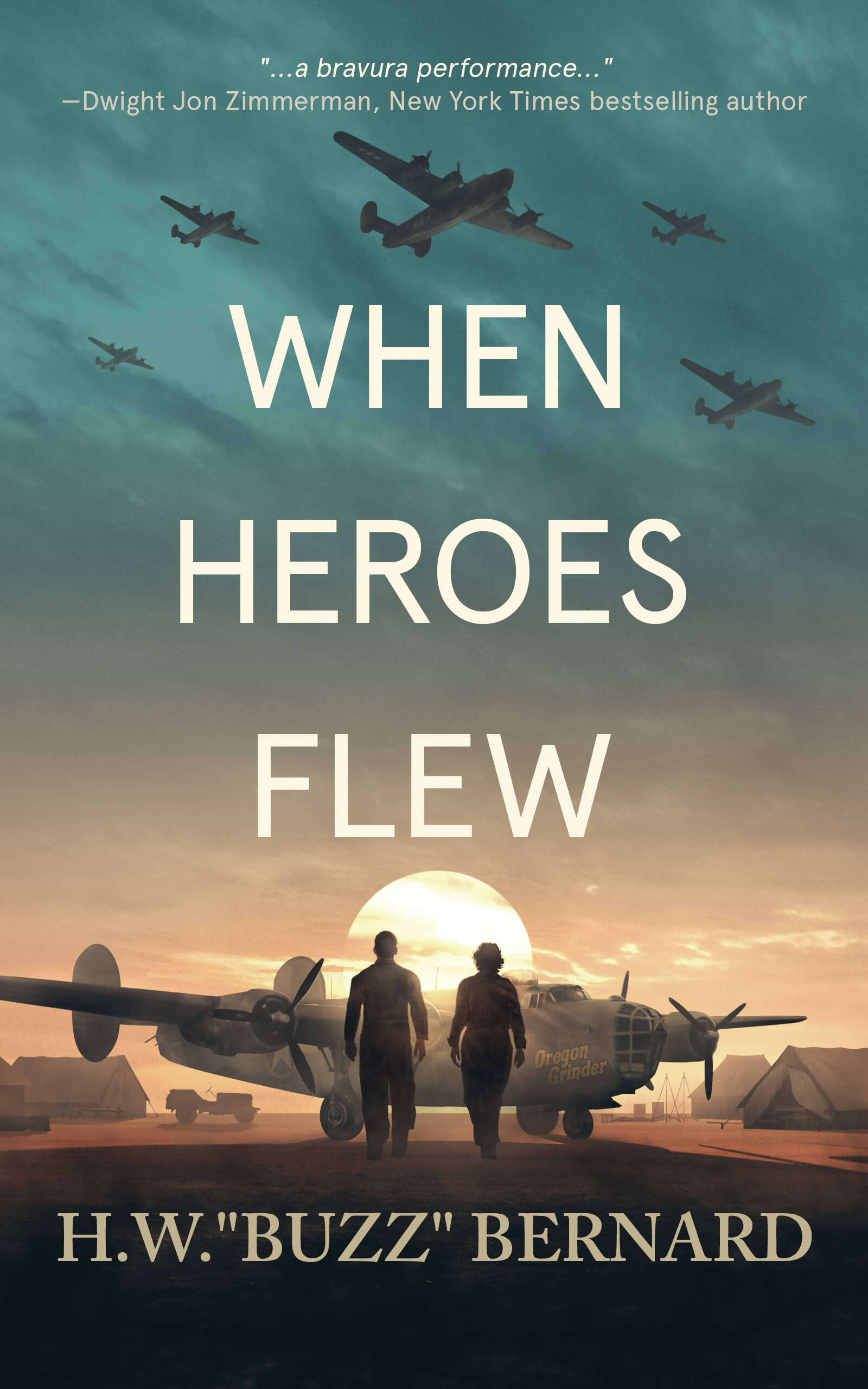 Never miss a new release!  Get "Buzz" Bernard's newsletter to receive the latest news and updates.

An award-winning novel of extraordinary bravery, inspired by the true story of one of the most harrowing air raids ever flown. Fans of Beneath A Scarlet Sky, The Nightingale, and Unbroken will enjoy this unforgettable tale of duty, honor, and compassion.

For B-24 bomber pilot Al Lycoming, the mission was history in the making. For Women’s Airforce Service Pilot Vivian Wright, it was a chance to put her skills to the ultimate test...and share in the burden of combat.

Dispatched to Benghazi on mysterious orders, Al Lycoming finds nearly 200 other B-24 bombers being assembled...and a top secret assignment that will catapult them all into seemingly impenetrable Nazi defenses.

But when his co-pilot falls ill at the last moment, Al secretly finds help from an unlikely source—Vivian.

Together, the two fly towards dark skies filled with enemy flak and fighters...and into the pages of history.

With perspectives from American and German pilots alike, When Heroes Flew masterfully weaves together one of the most dangerous and incredible aerial operations of World War Two with a riveting tale of bravery, suspense, and self-sacrifice.

Praise for When Heroes Flew:

“Strap in! It’s one hell of a ride!” —Don Keith, author of Final Bearing

"[The pilot's]...amazing courage, and that of the entire group, is subtly drawn." —John J. Gobbell, author of the Todd Ingram series

"...chuckle and weep in tandem while forgetting everything around you but the story itself." —Kathleen M. Rodgers, author of The Flying Cutterbucks

“This book gripped me from the very first page...In real life, this WW2 mission resulted in the award of Five Medals of Honor. In my view, they all deserved one. Highly recommended.” —Rachel Wesson, author of The Orphan Train series

When Heroes Flew: The Shangri-la Raiders

Inspired by the true story of Colonel Jimmy Doolittle’s raid on Japan in 1942, The Shangri-La Raiders is the next stunning installment of the When Heroes Flew WWII historical fiction series.

“Well-researched and well-told.” —Mark Sullivan, USA Today bestselling author of The Last Green Valley and Beneath a Scarlet Sky

This gripping novel follows an American bomber crew through their secretive training, a harrowing raid on Japan, and on their desperate journey through occupied China to Chungking, the seat of the country’s wartime government.

The crew, along with an American missionaries’ daughter whom they’ve rescued, must evade the Japanese occupiers every step of the way. And amidst all the horror and turmoil of war, a romance blossoms between the rescued woman and the crew’s pilot.

When Heroes Flew: The Shangri-La Raiders is a captivating tale of bravery, determination and an unlikely love that will leave you hooked until the very end.

Praise for When Heroes Flew: The Shangri-La Raiders:

“Another clever mixture of fact and fiction...Bernard’s flair for bringing history alive is on full display." —Steve Berry, NYT bestselling author of The Kaiser's Web

"Riveting! This fact-based story will place you in the cockpit of a B-25 bomber on one of the most celebrated raids of World War II, living facets of it that are so little known." —Lee Jackson, author of After Dunkirk

What readers are saying:

When Heroes Flew: The Roof of the World

A legendary WWII airlift mission cuts through the snaggletoothed Himalaya Mountains, where both the terrain and weather prove uncommonly savage. And American airmen leave a trail of blood and mangled aircraft across northern Burma.

“I would rather fly a fighter against the Japs three times a day than a transport over the Hump once.”

Aviator Major Rod Shepherd, a C-46 pilot and Army Air Forces weather officer, flings his aircraft into the tumultuous skies to fly critical missions over the Hump. He braves not only the extreme—even impossible—flying conditions, but commanders who believe weather support is useless, and a flight nurse who, for reasons unknown to Rod, dislikes him intensely.

Rod risks incredible danger with every flight. But when a mission of grave importance is imperiled at high altitude, Rod faces an unthinkable dilemma.

In The Roof of the World, former Air Force officer H.W. "Buzz" Bernard sweeps readers into some of the most dangerous flying of WWII. Join Major Rod Shepherd in the cockpit to experience history firsthand.

Praise for When Heroes Flew: The Roof of the World:

"Imagine flying a route so dangerous, so littered with aircraft wreckage, that crews called it the Aluminum Trail. Such was the heroism of the aviators who crossed the Hump--the Himalayas--during World War II. Yet their sacrifices remain one of the lesser known corners of World War II history. Buzz Bernard's gripping novel brings their story to light with stark detail and white-knuckle authenticity." —Tom Young, author of Silver Wings, Iron Cross and Red Burning Sky 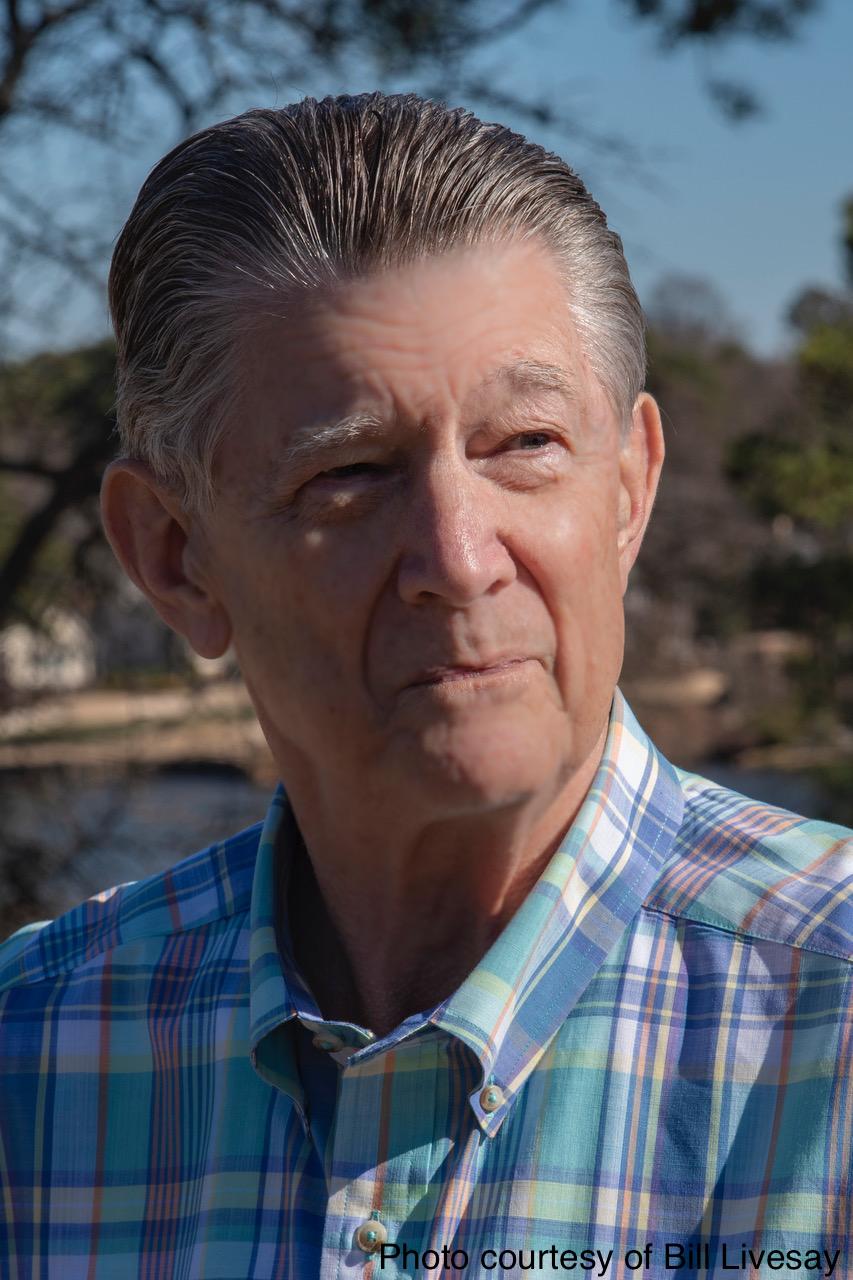 Before becoming a novelist, Buzz worked at The Weather Channel as a senior meteorologist for thirteen years. Prior to that, he served as a weather officer in the U.S. Air Force for over three decades. He attained the rank of colonel and received, among other awards, the Legion of
Merit.

His "airborne" experiences include a mission with the Air Force Reserve Hurricane Hunters, air drops over the Arctic Ocean and Turkey, and a stint as a weather officer aboard a Tactical Air Command airborne command post (C-135).

In the past, he's provided field support to forest fire fighting operations in the Pacific Northwest, spent a summer working on Alaska's arctic slope, and served two tours in Vietnam. Various other jobs, both civilian and military, have taken him to Germany, Saudi Arabia, and Panama.

He's a native Oregonian and attended the University of Washington in Seattle where he earned a bachelor's degree in atmospheric science; he also studied creative writing.

Buzz is a past president of the Southeastern Writers Association as well as a member of International Thriller Writers, the Atlanta Writers Club, Military Society Writers of America, and Willamette Writers.

Other books by H.W. "Buzz" Bernard can be found here.